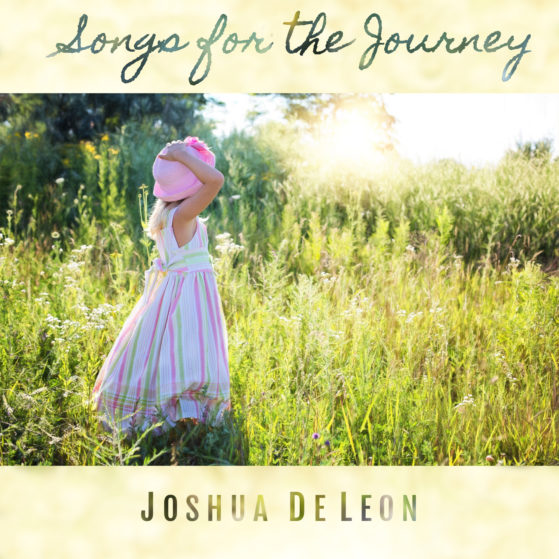 Songs for the Journey

Here is an album that I composed specifically for my nieces. Kind of like bedtime songs if you will. There’s a story that goes along with the tracks. Each time I retell it, it’s shorter or longer depending on whether bedtime was early or late.

Come Home – A little boy has decided he doesn’t like to do chores, so he runs away from home. His poor mother is worried about him, and she prays he’ll return. It’s getting late, and the light is fading. So the mother lights a candle in hopes that her little boy will see the light in the darkness and be able to find his way home.

Running – The little boy enjoys his newfound freedom running and playing in the fields. Not having to do chores. Not having responsibilities. But as the day grows late, hungry wolves spy him from the tree line of the woods. When they begin to give chase, the little boy runs and manages to escape. Realizing that its gettting dark, he decides he’d rather be at home where it’s safe. So he returns and is able to see the light his mother left for him in the dark.

Free as the Butterfly – Years have passed, and the little boy has grown up. Now he has a little girl, who asks to go and play in the field. Her father grants her request but tells her to return home promptly when the sun begins to set. Gleefully she goes and plays in the field, running, spinning, falling, laughing. On the ground she notices all sorts of bugs. Ants, catepillars, beetles. Finally, a butterfly swoops past her and circles her, flying up, up, up. That’s when she hears the call of her father. The sun is setting. She retuns home to ready for bed.

Rest – As she tries to sleep, her father tells her how angels watch over her and sing her to sleep. She imagines what the angels must sound like and slowly lulls herself to sleep.

Stay Here – As she sleeps, the angels actually do sing over her.

The Brave Little Girl – On another day, the girl goes out exploring. As she explores, she nears the river that her father had warned her to stay away from. She thought little of his warning and neared the edge. The water was cool and refreshing to touch. So she steps in and begins to wade. She suddenly slips on a rock and falls in. The current carries her quickly downstream. When she finally manages to get to the shore line, she climbs out, all wet.

What is Done – She decides to try and find her way home in order to seek forgiveness from her father for not heeding his warning.

Not Long Now – The little girl nears home and ponders how her father will receive her. Rather than letting her fear overcome her, she presses on towards home.

Someday You Will – When she finally makes it home, she expresses her sorrow to her father. Her father, happy that she made it back safely, holds her, forgives her, and comforts her. When she says that she knew better but didn’t listen, her fathers reasures her that someday she will learn.